Myrtelle’s Phase 1/2 clinical trial is a First-in-Human gene therapy study in patients with Canavan disease (CD) that uses a novel recombinant adeno-associated virus (rAAV) vector, called rAAV-Olig001-ASPA, to directly target oligodendrocytes in the brain. Oligodendrocytes are the cells in the brain and other parts of the central nervous system (CNS) responsible for producing myelin, which works as the insulating material that enables proper function of neurons. Oligodentrocytes are believed to be the key cell type affected in CD.

Myrtelle’s Phase 1/2 clinical trial is evaluating the safety and efficacy of gene therapy with this novel rAAV vector. The gene therapy uses rAAV-Olig001 to deliver a functional copy of the gene called ASPA which is impacted in CD. The ASPA gene is responsible for producing the enzyme Aspartoacylase (ASPA), and the gene therapy is intended to restore ASPA function in the brain and promote the metabolism of N-Acetylaspartate (NAA). When not properly broken down due to a deficiency in ASPA, NAA accumulates in the brain and prevents the normal growth of myelin. In CD, a mutation in the ASPA gene disrupts this metabolic process and normal myelination in the brain. Without myelin and its many functions, neurons are unable to transmit or receive signals in the brain. 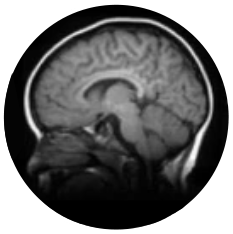 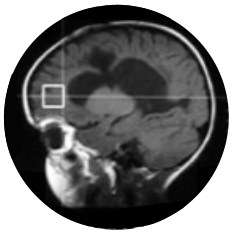 Canavan disease (CD) is a fatal childhood genetic brain disease in which mutations in the ASPA gene prevent the normal expression of ASPA, a critical enzyme produced in oligodendrocytes that breaks down the neurochemical NAA. When not properly broken down by oligodendrocytes, NAA accumulates in the brain and disrupts the normal bioenergetics, myelin production, and the brain’s function and health. CD patients are affected at birth but may appear normal until several months old when symptoms begin to develop. Poor head control, abnormally large head size, difficulty in eye tracking, excessive irritability, severely diminished muscle tone, and delays in reaching motor milestones such as rolling, sitting, and walking, are typical. As the disease progresses, seizures, spasticity, difficulties in swallowing, and overall muscle deterioration emerge with most affected children developing life-threatening complications by approximately ten years of age. Currently, there are no cures for CD and only palliative treatments are available, which do not significantly impact the course of the disease, including patients’ survival.

HOW IS THE GENE THERAPY ADMINISTERED?

Patients must have a confirmed genetic diagnosis of Canavan disease, be between 3 months and 5 years old and meet all the eligibility criteria needed for clinical trial participation. Please visit clinicaltrial.gov for specific details.

WHAT WILL BE EXPECTED OF FAMILIES/CAREGIVERS

Patients and families/caregivers interested in this clinical trial should send an initial inquiry via [email protected]. After this initial contact, patients seeking to be enrolled will be invited to travel to the clinical site at Dayton Children’s Hospital in Dayton, OH for screening assessments approximately 1 – 3 months prior to gene therapy. If a patient qualifies for the study and is subsequently enrolled into the trial, they will return to the site approximately one week before the procedure for pre-surgical assessment. Following the gene therapy administration, patients will be monitored at the site for about 1 month and then followed for a total of 5 years post-treatment. The first year of this follow-up includes examinations and visits to Dayton Children’s Hospital at 1, 3, 6, and 12 months post-treatment, and then visits occur once every 12 months thereafter.
Each visit includes physical examinations, neurological testing, MRI and spectroscopy, laboratory tests, and other assessments as per the study protocol.

Learn More About Our Clinical Trial

Patient is enrolled in study

ARE THERE COST RELATED TO THE TRIAL?

There will be no costs to families participating in the clinical trial, which includes 5 years of follow up post-treatment. Travel, lodging, meals, and all study-related expenses will be covered by Myrtelle. We recognize the challenges of travel and are prepared to assist with reservations, transportation, or any concerns/special circumstances families enrolled in the clinical trial might have.

First ever human clinical study of ASPA gene delivery begins outside of the US, with liposome-based delivery developed by Dr. Paola Leone and colleaques.

First ever human clinical study of ASPA gene replacement with AAV2 vector begins based on technologies developed by Dr. Paola Leone and colleagues.

Myrtelle Inc. is a gene therapy company focused on developing transformative treatments for neurodegenerative diseases. The company has a proprietary platform, intellectual property, and portfolio of programs and technologies supporting innovative gene therapy approaches for neurodegenerative diseases. Myrtelle has an exclusive worldwide licensing agreement with Pfizer Inc. for its Canavan disease program. For more information, please visit the Company’s website at: www.myrtellegtx.com. 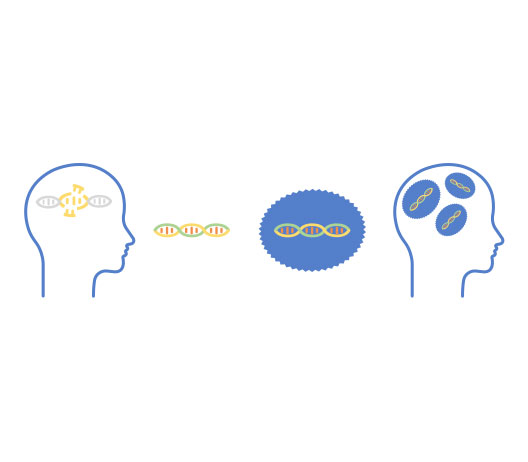 Gene therapy is a technique that attempts to correct a person’s defective gene by replacing the disease-causing gene with a healthy functional copy. Gene therapy requires delivery mechanisms, called vectors, that serve as vehicles for reaching the cells impacted by the genetic defect in a given disease. Myrtelle’s rAAV-Olig001-ASPA gene therapy uses as a vector a virus that has been modified to remove its ability to cause infectious disease. The vector, i.e., the virus, serves as the vehicle to carry therapeutic gene into the human cells, more specifically in the case of Canavan disease, oligodendrocytes in the brain, which are responsible for producing myelin and thought to be the most impacted by the disease.

Inquire About Our Clinical Trial

To inquire about the Clinical Trial, please fill out and submit the form below.